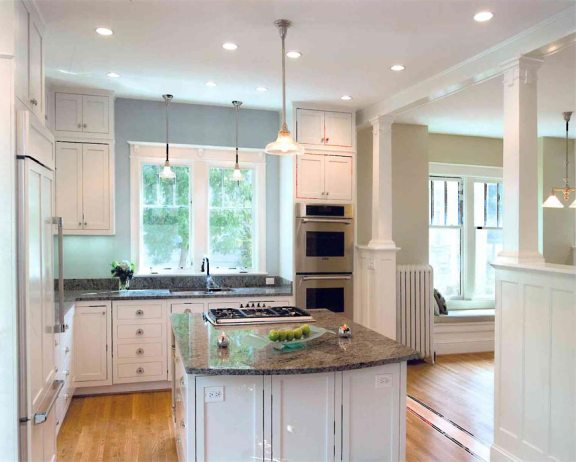 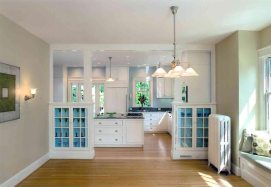 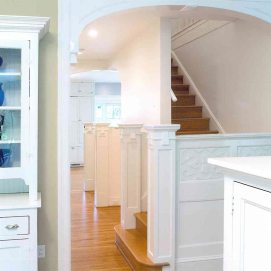 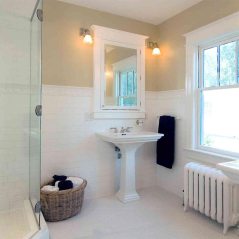 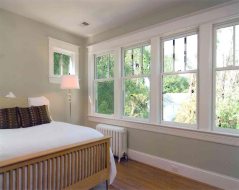 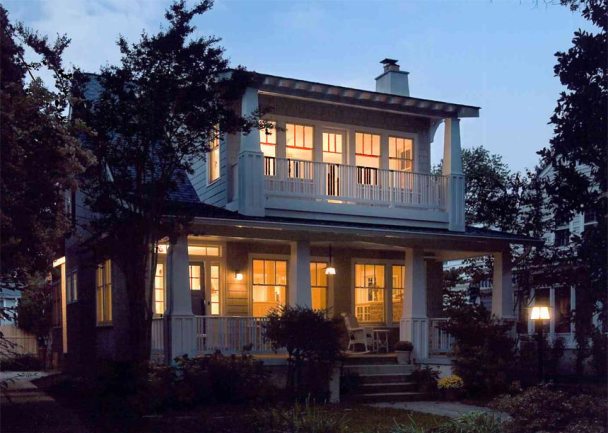 This project won the RemodelingOnline “Best of the Year” award. Here’s how the article described the project:

“It was a “gutsy move” to replace a gabled roof with a shed roof, said the judges of this “beautiful” renovation of a 1920s bungalow. “But they made it work.”

The reconfigured front elevation reduces the home’s scale along its tree-lined street, accommodates the owners’ wish for a second-floor porch, and “better corresponds with the language of bungalow style.”

Outside, Craftsman details and greater symmetry lend new authenticity to what had been bastardized by neglect and misguided changes, including haphazard additions and flimsy stone veneer. Inside, the judges found the home’s interior “open and light-filled, yet the spaces are well-defined. It’s a deceptively simple plan” whose always-there appearance belies its modern fluidity.

The first floor includes a spacious new kitchen and sitting room gained by extending the back, using the dining room and stair hallway as the connection pieces. By adding a bay window, they gained a first-floor powder room and laundry room. The new window also improved the home’s overall symmetry – cross-axis as well as front-to-back – and carved out greater space for the bedrooms above.

Details and craftsmanship sealed the project’s appeal for the judges. “They took what was working in the house and made simple, strong moves to carry those details throughout” they said. This includes such original detailing as the “rhythmic” millwork patterns in paneling, archways, and balustrades and matching the existing heart-pine flooring.

Shortly after the project was completed, the town of Chevy Chase put a moratorium on construction, a draconian response to a wave of tear-downs and “McMansions” that were threatening the town’s early 20th-century aesthetic. “Our house was well-received” by comparison, “We got more square footage for the homeowners, but made it look smaller.”